Make your return to the office easier—get 25% off a WeWork All Access membership for the first 3 months. Terms apply. Learn More
MEMBER SPOTLIGHT
Abraham Gross
July 8, 2015

After disaster strikes, two women light the way with LuminAID

When a massive earthquake rocked Haiti in 2010, Andrea Sreshta and Anna Stork decided to do something about it. The pair, friends since meeting in graduate school for architecture, created an emergency lighting source called LuminAID.

According to Sreshta, the partnership was an obvious one.

“We had worked on a lot of team projects together,” Sreshta says. “We were always on the same page.

Based in WeWork River North in Chicago, LuminAID was originally created to address the realities of disaster zones. Survivors are often cut off from electrical grids required to power lighting for medical treatment, a prevalent issue in Haiti.

“We just observed in the news reports coming out of Haiti that lighting was an ignored need,” Sreshta recalls.

The duo designed LuminAID, a lightweight, portable, waterproof, and buoyant inflatable LED solar lantern that can be flattened and easily stacked, useful for those in desperate situations. About 50 LuminAIDs can fit in a box designed for eight flashlights, making them easier to transport and distribute. And as Sreshta explains, they last much longer than flashlights.

“You’re probably getting 20 to 30 hours of lifetime out of those batteries versus a solar rechargeable LED circuit, like the one we use in our product, where you’re getting 10,000-plus usable hours,” Sreshta says. She says the product is safer and cleaner than other commonly used lighting sources in Haiti and elsewhere, like candles and kerosene lanterns. 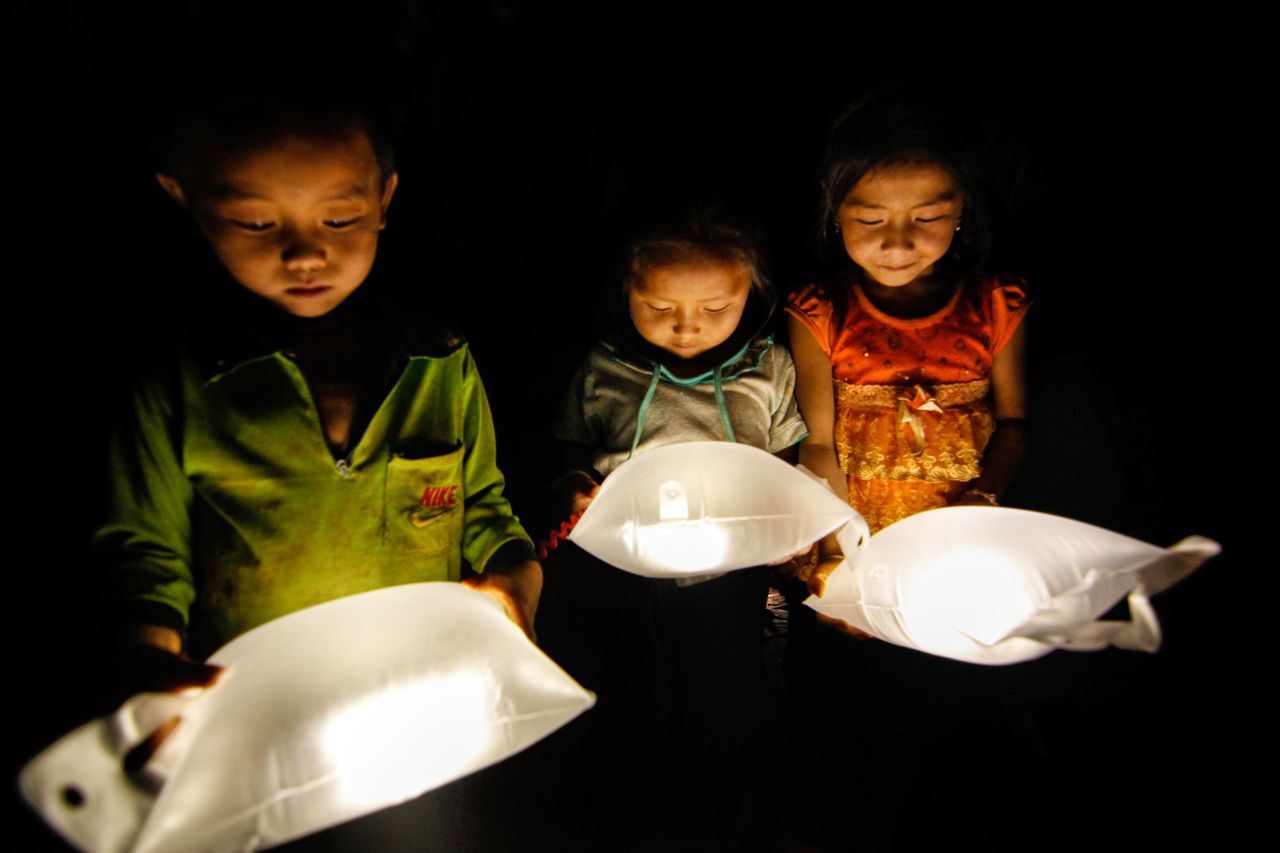 The utility of LuminAID in disaster zones has not gone unnoticed. The company regularly partners with local governments and non-governmental organizations like the Peace Corps and the Empower Nepali Girls Foundation.

“We work with a lot of great charities and organizations, and they do a lot of tough work in a lot of tough situations,” says Sreshta. “In a way, our job is the easy part.”

LuminAID prides itself on combining commercial and relief efforts. Its “Give Light, Get Light” project allows online buyers to sponsor a light for those in need around the world. The project has already distributed thousands of units to relief zones like Nepal.

Sreshta and Stork were invited to appear on the popular ABC show Shark Tank in February. Sreshta says that more than anything, the opportunity to appear on the program was a testament to how far LuminAID has come and how far it could go.

“We never would’ve predicted we would be on Shark Tank, or we would get five offers and close a deal,” Sreshta says. “Those are fun things to think about, but not things we thought would happen, even three years ago.”

Sreshta says that she has come a long way from her roots in architecture. Running a tech company has been a learning experience for her, one she would recommend to other aspiring young entrepreneurs.

“I do think that female founders, especially in tech, go out of their way to make sure that they’re doing business on their terms whenever possible” she says. “It’s something to be mindful of. I think that’s all you really can be.”