Make your return to the office easier—get 25% off a WeWork All Access membership for the first 3 months. Terms apply. Learn More
EMPLOYEE SPOTLIGHT
Rachel Mosely
December 22, 2020

We’ve been through an unusually tumultuous year, bookmarked by a pandemic, social upheaval, economic instability, and political unrest. But for many at WeWork, weathering the ups and downs together has strengthened a sense of unity.

That solidarity was underscored by Inclusion @ WeWork, a new diversity-focused initiative from the company’s recently formed Office of Inclusion. A reimagining of the company’s previous diversity programming, Inclusion @ WeWork was initiated in the early months of the year and developed through the summer and fall, before officially launching in October this year.

A dedicated team of 14 WeWork employees across multiple departments worked to fine-tune every element of the program before rolling it out to fellow employees. The result was a comprehensive 10-week series that combined e-learning videos, seminars, and roundtable discussions for a thought-provoking and culture-shifting experience.

“From the beginning, when people asked, ‘Is this mandatory or optional?’ to the end, when they were saying, ‘So what are you going to do next year?’ For me, that was the best part,” says LJ Louis, global head of Inclusion & Diversity at WeWork. “I feel like now the bar is so high.” Louis is a core member of the Office of Inclusion, along with Jason Wang, project management lead of the Office, and Roberto Concepcion, a senior counsel on the employment team.

In a recent meeting, the employees who brought Inclusion @ WeWork to life reflected on its origins, challenges, and triumphs.

Inclusion @ WeWork was born out of employees’ desire to make the existing diversity education more resonant. The former training felt “very compliance-heavy,” says Louis. “We really wanted a program that was interactive, ongoing, and provided a venue to discuss learnings with peers and colleagues,” she says.

In early 2020, WeWork was conceptualizing an inclusion series, and the company formed an Office of Inclusion to develop and facilitate it. Feedback from exploratory listening circles in the spring helped to shape the revamped, more robust curriculum that would launch later in the year.

Changing the perceptions around diversity education and programming—and doing away with outdated biases about bias training—was a key goal for the team. “We wanted to shift the culture to prioritize it,” says Stephanie Levy, a manager of employee experience, who served as one of several project managers on the initiative. “And we wanted to underscore that we’re doing this because it’s best for our business, not to check off a box.”

Shelby Keefer, a director of learning optimization, was instrumental in building the new multimodal platform. The platform combined traditional e-learning with innovative discussions and other collaborative elements for a more interactive social learning program.

“We didn’t want 15 minutes of ‘Here’s why bias is bad, and here’s a little bit of what you can do to be better,’” says Keefer. “Instead, we wanted, ‘Here’s what it means to have a truly inclusive environment, and here are all of the strategies that play toward inclusivity.’ We thought about what works in the industry and said, ‘We need to raise the bar.’”

“This isn’t the sort of old-fashioned inclusion and diversity work where we’re doing it just because it’s the right thing to do,” says head of internal communications Phillip Hales. “Diversity is also a business driver and a competitive advantage.”

After several months of preparation that included research, logistical planning, and securing speakers, Inclusion @ WeWork launched in early October with its first virtual event in partnership with Harvard Business School (HBS). The program featured talks from leading diversity and inclusion experts and thought leaders—a highlight for many on the team. The first of two HBS Live Online Classroom events was a case discussion with Francesca Gino, Tandon Family Professor of business administration at Harvard Business School.

Amy C. Edmondson, Novartis Professor of Leadership and Management at Harvard Business School and a pioneering scholar on workplace dynamics, was the lecturer for the second virtual classroom discussion. “I remember learning about psychological safety in university,” says Lucy Gao, a director on the internal communications team. “To be on the wall for the class with Amy Edmondson and speak with the person who coined that term was super, supercool.” (“The wall” was an interactive screen displaying dozens of discussion participants, broadcast during the HBS seminars.)

“One of my [responsibilities] was to train people who were going to appear on the wall,” says Steven Shoemaker, a senior lead on the data science team. “During a lot of our sessions, there were over 500 people watching,” he says. “It takes a lot of bravery to put yourself up there and answer questions from a Harvard Business School professor. It showed how much of an appetite existed for this material.”

Besides conversations during the HBS sessions, there were also small breakout group discussions. Employees quickly responded to the combination of educational materials and interactive forums anchored by candid discussion. “Folks became more comfortable with the types of conversations that were happening,” says director of people operations Cristina Andre, who helped to oversee project management and communications efforts for the initiative. “They began to open up more, week over week, and session after session.”

The enthusiasm came as something of a relief, says McKenzie Murdoch, a manager on the people programs team, who helped facilitate many of Inclusion @ WeWork’s launch logistics. “[The initiative] was so thoughtfully designed, but because of all the different components and mediums that we were asking employees to engage in, it had the potential to feel quite complicated,” she says of the series. “But employees were excited to follow along, even with a program that lasted 10 weeks.”

That willingness to jump in was a reflection of not only the careful architecture of the materials, but also the commitment and grit of employees. Some of the programming pushed WeWork employees to step out of their comfort zones, but they didn’t hesitate to rise to the challenge.

Moderators of breakout discussions (over 200 WeWorkers) also found the sessions deeply gratifying. “One of the things that resonated most with me was how involved the discussion leaders became,” says Andre.

The Inclusion @ WeWork team fielded moderators’ questions and concerns in a Slack channel that became a source of motivation as the program went on. “Every single moderator started posting about their experience,” says Levy. “I was moved to tears. The impact it had on them was so clear—they felt so much responsibility to get this right.”

The team also worked tirelessly to make Inclusion @ WeWork a global initiative. That meant not only facilitating interactions across departments (“It was an opportunity to connect people who normally wouldn’t on a daily basis,” says Concepcion), but also being mindful of potential differences caused by diverse locations and varied cultural experiences.

“One of our challenges was finding universality in a world that includes very different definitions of diversity,” says Keefer. “We couldn’t know all the different types of microaggressions around the world. By including global groups, we were asking, what does inclusion look like in Australia, or Germany, or the UK? So often we lead with a U.S.-centric perspective, and we wanted to get away from that.”

The approach sparked illuminating conversations and learnings—and in some cases, unanticipated friendships. “In my discussion circle, I met someone from Mexico City,” says senior internal communications manager Lauren Baldino. “I connected with her after that session, and we still chat today. It’s fun to have a connection with someone I probably never would have spoken with [otherwise].”

The discussions weren’t always easy—but that’s what made them all the more satisfying, says senior manager of learning Kyle Raiche. “We were all coming from completely different perspectives on the topic of bias,” he explains. “And there were uncomfortable moments. There were silent moments. There were moments when we had disagreements, or people were like, ‘I need to disengage.’ But the bold decision to be OK with the uncomfortable was actually the most impressive [aspect] for me.”

That honesty also empowered the participants, the team says. “We created a safe space that allowed people to be vulnerable and transparent about their experiences,” says Concepcion, who worked to ensure the legal compliance of the program’s content. “[Employees] really felt comfortable sharing with people they may not even have known 10 weeks prior. It was beautiful to experience.”

The positive energy was something of a balm for the team after an unpredictable series of months. “One of the most exciting things about this [initiative] was seeing the genuine excitement from the employee base. From my perspective, this is the thing that brought us all together in the past year,” says Peter Iwasiwka, a manager of content and security project management.

And as for the year ahead? The next initiative is still in development, but some program elements are already rolling along. In the first quarter of the year, the Office of Inclusion will unveil campaigns focused on topics that span wellness to pronoun awareness.

The Inclusion @ WeWork team has embraced a forward-thinking and ambitious approach to diversity programming, but they agree that the results were worth the work—and all the demands of preparation. “There were times when I thought to myself, ‘Did we bite off more than we can chew?’” says Wang. “But we didn’t! We made it through—and seeing the impact of our work has been incredibly rewarding.”

FILED UNDER
CULTURE IMPACT HR
Interested in workspace? Get in touch.
Was this article useful? 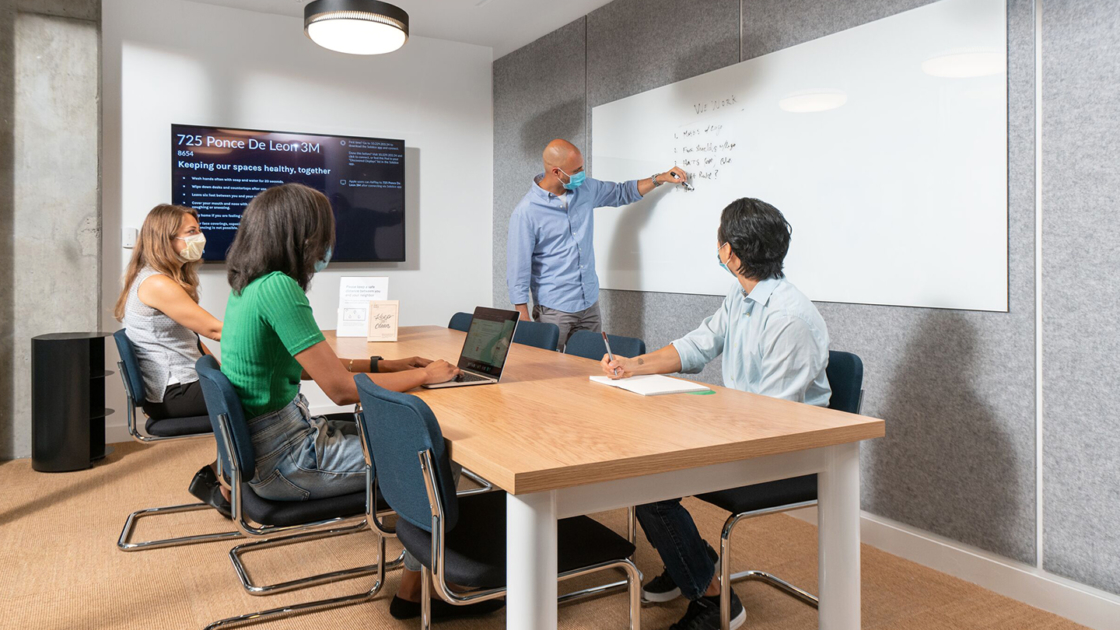 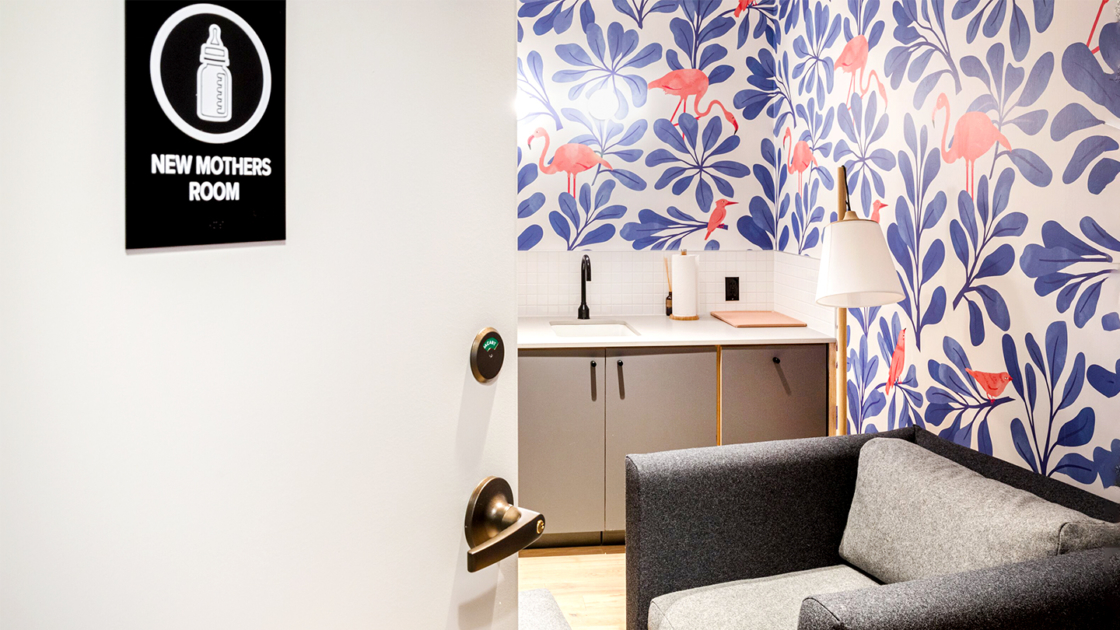 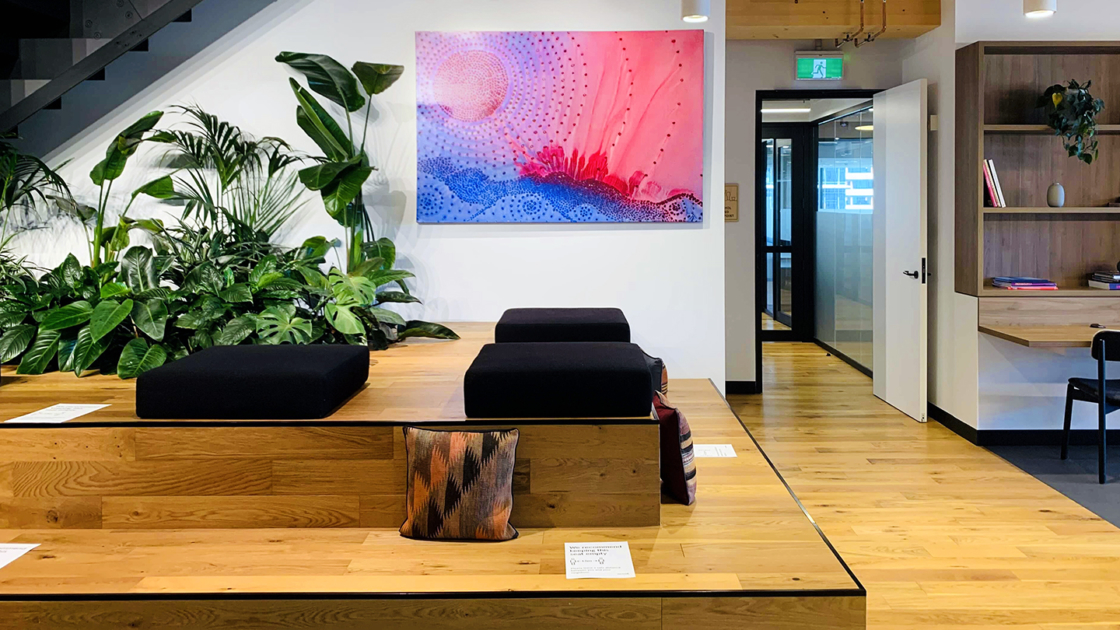