June 2019 marks the 50th anniversary of the Stonewall riots—a series of demonstrations by the New York City LGBTQIA+ community against police raids at the Stonewall Inn. Many believe this uprising catalyzed the gay-liberation movement in the U.S.; in the months that followed, activist organizations coalesced, safe spaces were identified, and newspapers fighting for the rights of the LGBTQIA+ communities were formed.

Half a century later, the LGBTQIA+ community is a multigenerational one, says Jimmy Austin, a co-founder of Lighthouse LGBTQ, a nonprofit that creates a community for LGBTQIA+ youth in Chicago. There’s a span of 40 years between Austin and his co-founders, Valerie Litchfield and Stephanie Wright, both mothers of LGTBQIA+ individuals, but their mission is the same: to support teens and young adults who are processing their gender and sexual identity. “It was really just the right time, right place, and the right people,” says Austin, a community lead at WeWork in Chicago.

Litchfield, Austin, and Wright belong to the same church, and growing up, Austin considered Litchfield’s son a hero: “He spoke openly about being gay when I was in eighth grade,” remembers Austin, who has since come out himself. “I was so young that I wasn’t ready to tell people, but I knew my sexuality.”

But while Austin found comfort in hearing others’ coming-out stories, Litchfield and Wright had difficulty finding local family support groups where they could share experiences and learn how to be allies to the community. So they organized their own, which Austin attended. He was looking to throw himself into a project, so he offered to help organize their efforts—and Lighthouse LGBTQ was born.

Austin says that he, Litchfield, and Wright make a great team. “Val is a relationship builder, and Stephanie is a visionary,” Austin says. “I’m all about the details—I helped bring it to life.” He has operationalized Lighthouse LGBTQ, creating the company’s Instagram page and setting brand standards. “I’ve also coordinated with guest speakers, facilitated thousands of donated dollars from community members and local businesses, and handled logistics for large-scale events,” he says.

Lighthouse LGBTQ hosts monthly support groups, as well as four to five large fundraising events each year. The organization often brings in experts to talk to the group about their legal rights as members of the LGBTQIA+ community. “If Lighthouse can be the place where even one person feels seen, understood, and cared for, then we’ve fulfilled our mission,” Austin says.

Austin also brings the mission of Lighthouse LGBTQ to WeWork. He shares tips with his local team about celebrating Pride in a respectful way, recommends organizations to partner with during Pride month, and introduces ideas to help support local LGBTQIA+ businesses. “I know the language, so I can translate that to our WeWork community,” he says.

One of the largest events each year is the Pride Party; in the first year, the founders scrambled to pull it together in just two-and-a-half weeks. After getting the word out through posters and social media, “we received an avalanche of support,” Austin says, and 450 people came to the event.

The following year, Austin and his team partnered with sponsors and boosted attendance to 800 people. “People from Michigan drove down to the South Side of Chicago for the event,” Austin remembers. “We truly are the lighthouse for the area.”

While the Pride Parties bring the masses, “one of my favorite parts of [running the organization] is when you can see the light bulb go on in someone’s head,” Austin says. “That transformative moment where someone understands more about their own identity or feels a deeper sense of belonging with the LGBTQ community.”

At one point, Lighthouse LGBTQ printed out “safe space” signs to distribute to local businesses. “Now there are rainbow signs all over town,” Austin says. “Those subtle nods really make a difference for people. It’s a little acknowledgment that can make a huge impact for LGBTQ+ folks.”

Big acknowledgments matter, too. It was a Supreme Court ruling that gave Austin the courage to come out in 2015. “It was the day marriage equality was legalized in the U.S.,” Austin remembers. “I remember seeing the news and crying in my office, thinking, This is the moment. I have to do this.”

But Austin notes that there are still obstacles in the fight for LGBTQIA+ rights. “You can still be fired in 26 states for being gay,” he says. “So much has been done. But there’s still so much more we need to do.”

“The Pride Party is a protest of sorts,” Austin says. In fact, the first Pride marches were organized in New York, Los Angeles, and San Francisco a year after the Stonewall riots. “And as long as LGBTQ people are facing discrimination, Pride celebrations each June will continue to be a protest.”

During progress and protest, Austin and his co-founders will continue to be a light for the community. “When I’m working on something I’m passionate about, it doesn’t matter what time it is,” he says. “I just keep going.”

FILED UNDER
COMMUNITY DIVERSITY PERSONAL GROWTH SUPERPOWER ON THE SIDE
Interested in workspace? Get in touch.
TRENDING NOW
01 Six countries where it’s easy to snag a work visa 02 Six financial reasons why businesses choose WeWork 03 Thank-you office breakfast ideas for your employees 04 How to describe your company culture 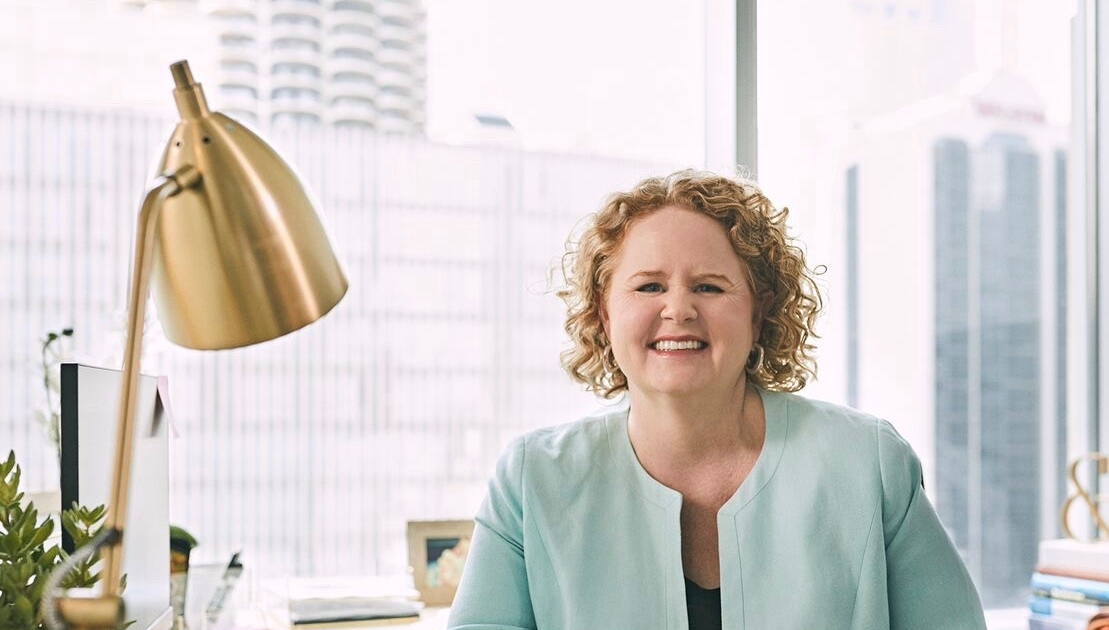 We spoke to members across Chicago’s six WeWork spaces to see how coworking impacts businesses, from nonprofits and law firms to multinational enterprises. Worry Less, Think More Cynthia McCafferty at Hawthorne Strategy Group, a marketing firm, gets business done at WeWork Grant Park. The best part about WeWork for her? Not worrying about little things. […] 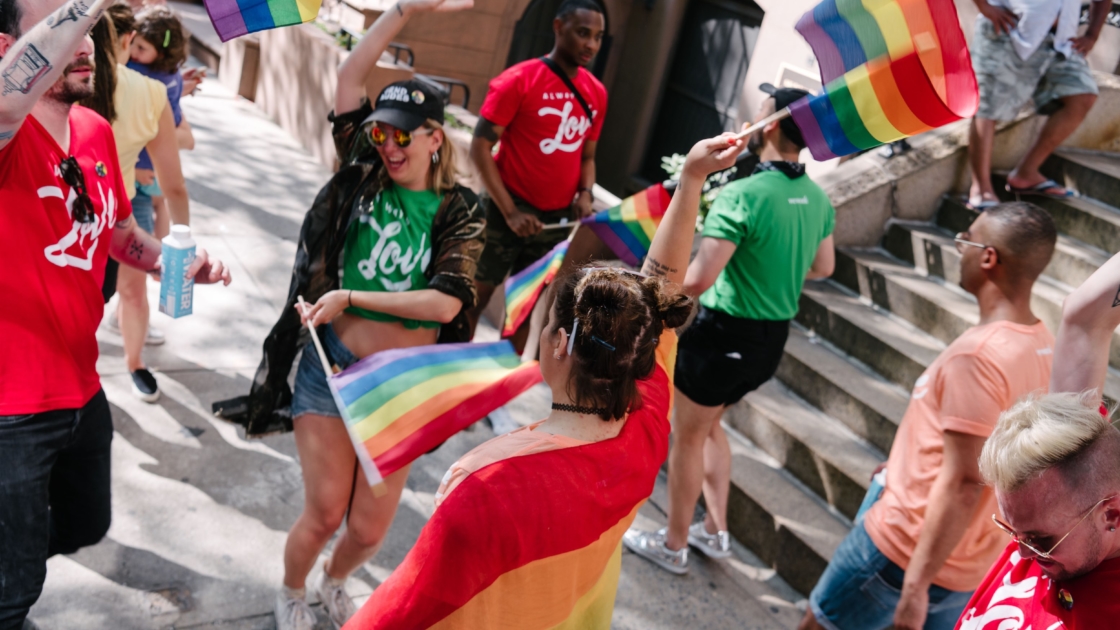 In N.Y.C., WeWork community comes together to celebrate pride

By early afternoon, WeWork Bryant Park was already packed with roughly 400 members, employees, family, and friends eager to make their way down 5th Avenue as part of the New York Pride March. The June 25 event attracted more than 2 million people. It was the first time WeWork participated in the annual event, and […] 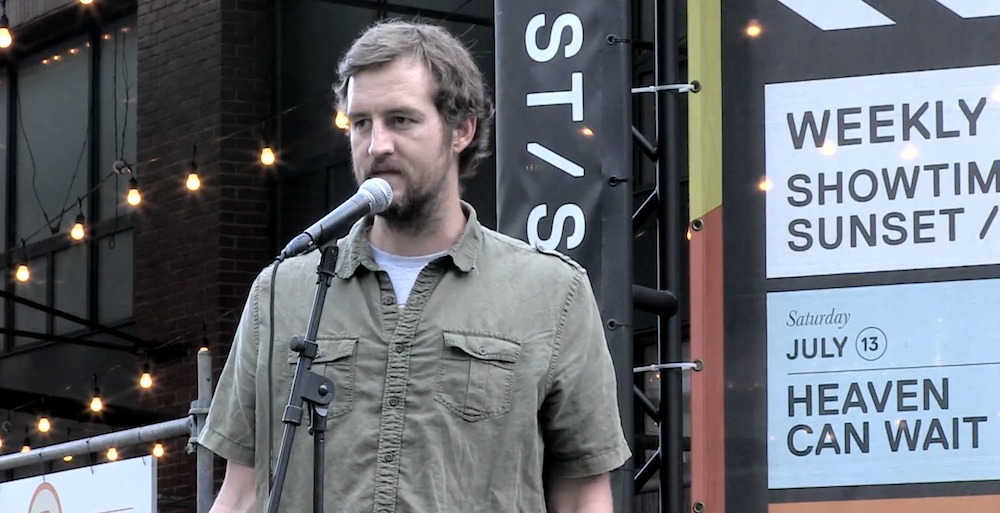 Community building is all about humanity

WeWork cofounder Miguel McKelvey shares why community building is all about humanity. From the buildings that we work in to the water that we drink, every detail matters.