Scott Kunz has been on the road for the past two months finishing a pair of documentaries on race and reconciliation. Being a road warrior is never easy—it’s been rewarding but it can often be grueling work. And working creatively on your own can be isolating and depressing.

“You can always work in hotel rooms, but there’s nothing more depressing than working in a bland business hotel, day in and day out,” Kunz says. “I stayed in 16 hotels in 19 days and every room looked the same—the biggest excitement was trying to find the thermostat.”

Thankfully, no two WeWorks look the same, and that matters when you are trying to create something from scratch. Kunz says that being able to work out of a WeWork in every city on his shooting schedule helped wake up his brain in the ways he needed to maintain his creativity.

“Just the ability to grab one of the wonderfully curated art books off a shelf and sit for 15 minutes changed everything,” Kunz says.

Kunz’s interviewing schedule took him from his hometown of New York City to Philadelphia, Columbus, Chicago, Minneapolis, Denver, Kansas City, and St. Louis. He used his WeWork All Access pass, which allowed him to have an office in every city. In these offices, he would finalize his production elements and do his research and pre-interviews—they offered a place separate from his hotel room and helped restore his sanity.

Hitting the road during a pandemic comes with its own concerns. Kunz was tested for COVID-19 when he left New York City. In Columbus and Chicago, he sequestered himself in one conference room. He got tested again when he was in Minneapolis.

“I can safely say that I was never within 30 feet of another person after I’d say good morning to the community team at an office,” Kunz says. “I would say that people who have worked in WeWorks for the past nine months have been very respectful of the rules and have isolated themselves in phone booths or offices.”

Kunz is a one-man band, a company of one person who currently works for another small nonprofit based out of South Africa and Jacksonville, Florida. That organization is called the Reflective Freedom Network, and Kunz is collaborating with them on an initiative called Truth & Reconciliation Conversations, a teaching program to help people have candid conversations about race, racism, and healing. Part of that teaching program will be the two documentaries Kunz has been working on.

One of Kunz’s documentaries focuses on George Floyd Square in Minneapolis, and how this space has become a sacred place that holds many emotions at one time (anger, grief, sorrow, healing). After the murder of George Floyd last May, it also became ground zero for worldwide protests against racial injustice. While there, he interviewed politicians, survivors, protesters, community organizers, and activists, asking all of them how we can build reconciliation over racism in this country. He did all of this during the winter.

“I spent four days filming in George Floyd Square and it was freezing cold, so I would try to do as much in the WeWork as I could to be prepared and get the logistics in place before going out to shoot,” Kunz says. “I would run in and do a pre-interview, and then run back out with the film crew.”

Each WeWork he visited took all the precautions necessary during the COVID-19 pandemic, but it also provided Kunz spaces in cities he didn’t know that well. He traveled to Columbus, Ohio, for interviews and happened to be there during a big Ohio State football game. The city was packed with fans. But, as luck would have it, the WeWork he was using was on top of his hotel. It proved to be a lifesaver: Kunz didn’t have to leave the building except to work on the documentary.

Another upside to WeWork All Access was knowing that he would land in a great neighborhood when he checked into a new WeWork. That’s not always the case, as most affordable business hotels tend to be on the outskirts of cities, adjacent only to strip malls and fast food joints.

“[I got] to discover cool neighborhoods while I was on the road. Every WeWork I visited was in a great neighborhood, especially in Denver. There were always places nearby to grab lunch and coffee, which helped me explore in a new city,” Kunz says.

“What I do is obviously more difficult now because of COVID and working remotely, but having WeWork All Access allowed me to hop in my car and map out the interviews based on WeWork locations in different cities,” he says. “I got to see America, get my work done, and maintain my professional and personal sanity.”

FILED UNDER
ALL ACCESS THE NEW WORLD OF WORK NONPROFIT
Interested in workspace? Get in touch.
TRENDING NOW
01 Three universities giving students space wherever they are 02 How three companies use collaboration hubs 03 How PayPay transformed the office into a collaboration hub 04 Advantages and disadvantages of the hybrid workplace model
Was this article useful? 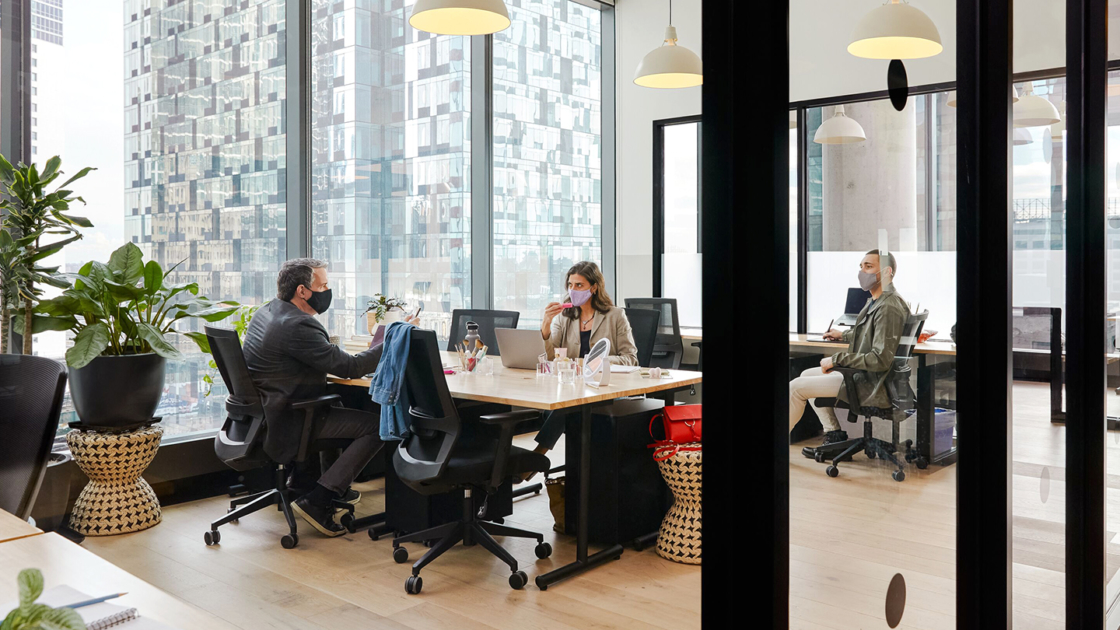 How the office will evolve in 2021 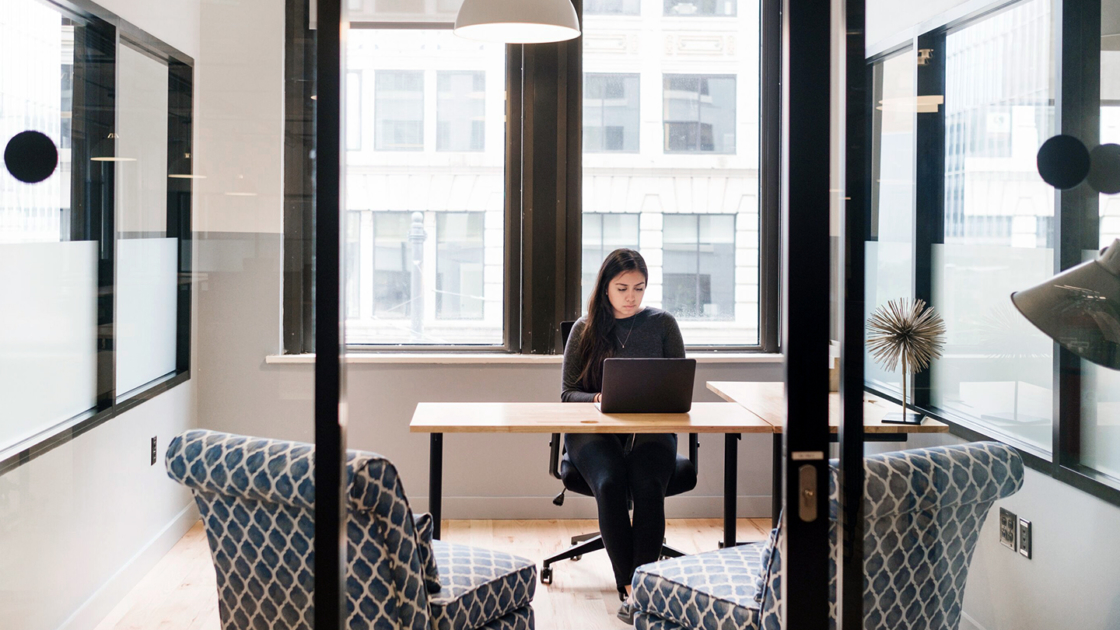 The transformative power of a first office

For the small business owner, an office space can provide an added feeling of legitimacy and groundedness