Leaders in the field give tips and tricks, from developing a voice to staying engaged

Think of the last time you posted a Facebook status, pinned on your Pinterest board, or added a new follower on Instagram. Anytime you open your phone or laptop, there’s an endless array of social media that vie for your attention. And more often than not, you feel the urge to contribute to the network. After all, it’s human nature to stay connected.

If you ever wondered what it would be like to be a social media influencer, here’s a way to see where you fit in and how you can differentiate yourself. First, you must assess how strong your social media game is. How do you use these platforms?

Maybe you use your platform as a way to identify people in the audience and invite them up to the stage to speak on your behalf. These are the strictly consumer-minded users who set up a Twitter account for the purpose of following the news, sports teams, influential people, or indulging in the lives of celebrities like Kim Kardashian and Donald Trump. They let Instagram accounts like Hudson the Goldendoodle (@hudsonthegoldendoodle) and that darling Japanese boy and his French bulldog (@ayasakai) inform their day. Still others spend hours on platforms like Facebook perusing through their newsfeed just to consume as much information as possible.

Other ways you use your platform might be to share your personal thoughts and invite guest speakers to take center stage. These users will share relevant content they find personally interesting or share content from another person’s page. They are just as likely to speak as they are to listen. They care to develop a focus and moderate discussions.

And that’s how social media influencers start to garner support and gain loyal followers in the first place. They come dressed to play, and they’re the ones who set the tone for the type of activity that takes place on their home turf. They’re all about taking ownership of their work and engaging with the rest of the social media scene as much as possible.

So what makes you a true social media influencer? I asked a few gurus who have done the hard work of building their credibility on social media as movers and shakers, and across the board, there are a couple of key characteristics and practices that set them apart.

“I see Pinterest as a visual diary,” McCrory says. “It gives access into different elements of what people love, enjoy, and appreciate. It’s learning who you are and where your interests lie in an aesthetic sense and enjoying the process of developing your taste.”

McCrory, who started using Pinterest while on maternity leave, discovered this online creative space when a friend recommended it, and she began using it as a hobby. She would start building boards and pinning every day. Even when she returned to work as a teacher, she would use it on the way home from school and on the weekends because the website was so portable and simple to use. While she was on an annual trip up north with her family this year, she saw her Pinterest following jump from 350 to half a million. That’s when she realized her creativity was gaining traction and imprints globally.

“I emailed Pinterest because I thought there was a glitch in the numbers,” McCrory says. “They explained to me that there wasn’t. They put my page on a suggestion list, and I was given as a recommendation to new users. Whoever saw my board had recommended me to be on that static list of boards to follow, and that helped me build my following.”

So what practical tips will elevate you into the circle of social media influencers?

It’s difficult to pick up the voice of every influencer on social media. A lot of times the excess noise deters people from hearing what anyone truly has to say. But, if you’re genuinely passionate about something, you’ll learn how to develop your personal voice.

“I only pin what I love,” McCrory says. “By staying true to that, my boards are a reflection of who I am. Other accounts I follow reflect that as well. When people tell their story in a way that’s incredibly true to who they are, that’s what others want to follow.”

Although McCrory built her Pinterest boards as a hobby, she realized what helped her attract a mass following was staying true to what she believed personally spoke to her and then owning that voice. As much time that was spent creating her boards, she invested in dialoguing with the Pinterest community, too. Inevitably, people followed her voice and, through that, stumbled upon her style of fashion, photography, film, and art.

Anthony Danielle, cofounder of Manhattan-based Mobile Media Lab, a startup focused on connecting brands with social media influencers, is on Instagram nonstop. He has a following of 177,000 users, and he’s always liking and commenting on other people’s photos. His passion is street photography. The focus is simple, but he stays true to his art.

“I’m giving people a glimpse into what it’s like to be a person walking around N.Y.C. and catching off-Main Street moments,” Danielle says. “These are everyday moments that you’ve got to be aware of, otherwise you’ll miss them. The ideal situation would be that my photos influence people to take time and observe what’s going on around them.”

On Danielle’s Instagram, followers can see the world as he sees it. He’s not about the mediocre photography life. He uses filters and editing apps to perfect his images. At the same time, he doesn’t let his photos lose their natural touch and candidness. After he finishes dressing up a photo, he devotes a solid chunk of time coming up with a caption.

Social media influencer Scott Eddy, global brand ambassador of travel booking app Zipkick, says he believes in the “give first mentality.” He says the larger your audience, the larger the platform you have to stand and speak. But it can’t only be about you talking up there. With 670,000 followers on Twitter, his goal every day is to retweet three new people who have less than 1,000 followers. Some of these people have become his biggest evangelists. They go to his Twitter for anything travel, food, and wine-related.

“Top-tier influencers have a sharing mentality, and they give a lot of content away for free,” Eddy says. “You really want to help people. That’s an innate trait found across the board for all social media influencers. The more successful they are, the more giving they are. People that just want to charge for everything they do aren’t going to be successful.”

Danielle agreed that it’s important to give first. Sometimes that means going the distance.

“Whether it’s posting quality photos or committing to the community I built up, I like to give back to them by sending out free prints of my photos to people who ask for them,” Danielle says. “It’s important to go the extra mile. I don’t have to be sending prints all the time though. I could also be writing back to comments, going to their account and liking their posts, and just engaging with them.”

Social media influencers must have the ability to keep tabs on the ever-changing culture and environment. There’s always a big announcement, a growing trend, or a new idea. People are always challenging or questioning existing frameworks of thinking, and sharing their opinions on all sorts of social media platforms. The goal is not to just stay afloat. It’s to stay engaged. Pay attention to the news and read what other influencers are talking about. Putting in the hours to stay engaged each day builds credibility and rapport.

“I joined Instagram in 2010 two weeks after it launched, and I was engaged on that platform five to six hours a day,” Danielle says. “It was madness. I wasn’t a photographer back then, and I was working a 9-to-5 desk job. But later on, there were opportunities coming my way where I couldn’t be at my day job. I had to go out to photograph. Brands found my Instagram and wanted me to go take photos and talk about their brands.”

Establishing a daily routine can help you stay engaged. For McCrory, she’s a morning person, so she does her best content sharing and researching early in the day. She sets aside a few hours every day where she sits down to pin ideas onto her board, respond back to people’s comments, and navigate products people are interested in purchasing.

“Though I still feel like a small fish in the big ocean of tweets, ‘grams and statuses, what’s interesting to me is that people share a core common value of authenticity even over the web. ‘They’re all about ‘keepin’ it real.’ So every shareable item is an opportunity for people to not just express their voice, but to relate with their audience on a human level.”

The key to being a successful social media influencer isn’t about persuasiveness. It’s not about getting the masses to think and talk like you. Rather, it’s about sharing experiences, ideas, and information that are relevant to your passions, reaching into the community and listening to what people are interested in, and giving away pieces of your work. When those things happen organically, people will begin to recognize your authentic voice.

Although it’s easy to make it about numbers, it’s about quality over quantity. The strategy and thought behind delivering shareable items to your audience greatly matters. 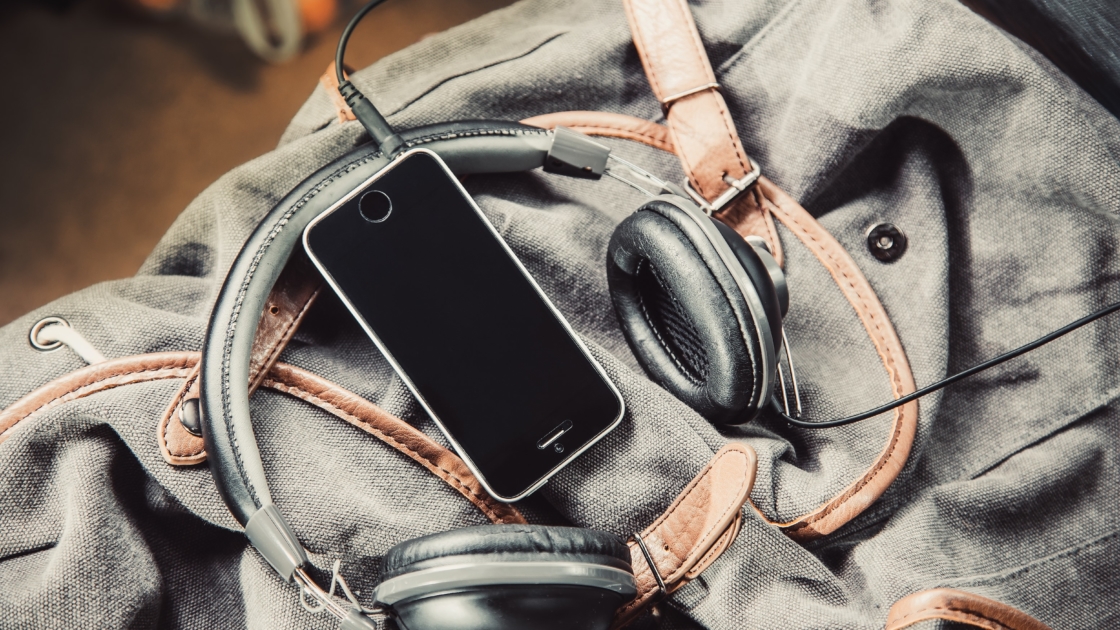 Social Media for Travel Startups Wish scrolling through those daydream-inducing travel photos on your feed could also make you better at your job? Well, actually, it can. Skift, a travel industry news site, announced winners of the Skifties, an annual social media contest. These brands stand out as the best in class when it comes […] 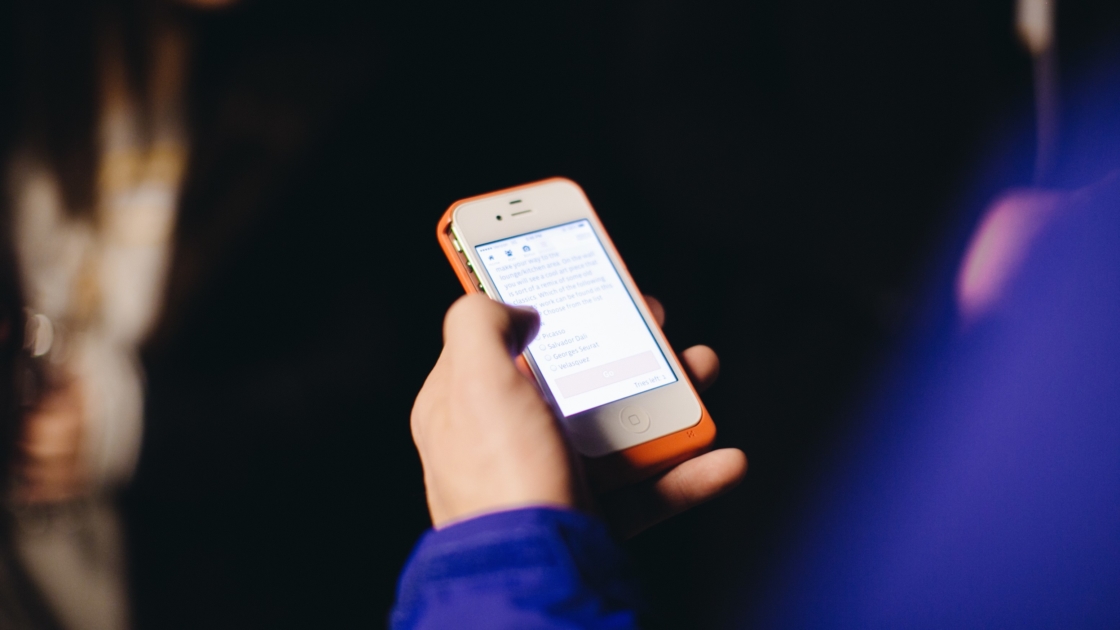 The three most annoying things companies do on social media

“When scrolling through your Facebook, Twitter, Instagram, and LinkedIn—aside from unflattering selfies and right-wing memes—what are the most annoying things you see on social media?” This is what I emailed 50 of my friends, all New York professionals in their twenties and thirties. Griselle Osses is a structural engineer for Arcadis, the sixth largest international […]

Information from Edison Research indicates that 68 percent of frequent social media users always have their phones with them. Other research notes that Instagram has 400 million users, and Facebook boasts more than 1.7 billion users. Clearly, social media is still a major influencer, and that isn’t likely to change anytime soon. Startups can’t afford […]