“I don’t watch TV. I read. I play sports. I contemplate the meaning of the universe.” We all know those people. But you’re not one of them.

You watch TV. You may not have cable, you may not have a satellite dish, you may not have an actual TV set, but you watch. You have very strong opinions about Sansa on Game of Thrones. You still can’t talk about the finale of Dexter. You watch the new seasons of House of Cards and Orange Is the New Black the day Netflix releases them.

You love TV and make no apologies for that.

To enhance your viewing experience, I’ve rounded up some of the best apps for TV junkies. They’re not the obvious ones like Netflix, Amazon Prime, or Hulu. But they will make your TV viewing more enjoyable, so you can spend extra time yelling at the small screen and tweeting your very informed opinions.


When I found this app, I was all, “Where have you been all my life?”

Quick! Tell me where you can find episodes of New Girl. While you are running around trying to figure out where you can watch it, I looked it up on Yidio. Season 4 is available on Hulu Plus, Fox Now, Xfinity, DirectTV, Amazon, Vudu, iTunes, and Google Play. But if you want to watch it from the beginning, you’ll only find the first three seasons on Netflix, Amazon, Vudu, iTunes, and Google Play.

Exactly. What a mess. How on earth are you supposed to remember where you can watch what you want? That’s the beauty of Yidio. You can even launch straight from Yidio to the app where you can watch the show. Save your favorites, so you can double-check to make sure it hasn’t moved. Figure out what seasons are available where. Watch twice as much because of all the time you save.

Okay, that last part may be an exaggeration.


This one comes with a caveat: The quality seems to shift greatly between versions, and is only fully free on Android. On iOS, it only works in partnership with a $49.99 Pronto device.

I have tried a lot of remote-control apps on my iPhone. So many of the free apps had all this advertising, which made them truly unattractive. Peel Smart Remote manages to handle all your devices (Blu-ray player, Roku, Apple TV, etc.), and once you inform it what make and model your TV set is, and what provider you use (if any), you’re ready to go.

Being able to rely on just one remote is terrific—and if I were at a friend’s or relative’s house and they had a really confusing remote (aren’t they all?), I could quickly sync it and control it when I have trouble sleeping in the middle of the night. Or just totally mess with them.


Create your very own customized TV app. Once you tell the app who your TV provider is, it lets you know what channel all your favorite shows are on. With channel lineups often changing without notice, it’s nice to be able to easily find your favorite shows.

Even better—when you’re in a different city and in an Airbnb, all you need to know is who the TV provider is (if any), to figure out how to watch what where.

Set up your own watchlist to stay on top of your favorite shows (a godsend at the start of every TV season, which happens three to four times a year these days). You can even get live sporting events broken out separately to keep them from overwhelming your show list, or the other way around.


Sure, Screen has new episodes of Community. But that’s not the only thing the app has going for it. Screen has lots of video from non-traditional providers, and having them all in one app makes it a lot easier to check them out.

Comedy Central, BuzzFeed, GQ, the Wall Street Journal and New York Times (among others) all have a heavy volume of original video content. They’re all available through Screen, making it a lot easier and more convenient to access them. There’s also a huge library of Saturday Night Live episodes, and can’t we all use more of Eddie Murphy as Gumby in our lives?


If you’ve heard of only one app on this list, IMDb is probably it. The app is a lifesaver in situations where you’re watching the new hot show, and the sidekick of the second male lead looks so familiar, but you just can’t put your finger on where you’ve seen him before.

Open IMDb, look up the show, and find that guy. Ohmygod, he was in that show that one time. You know, that one, the show that lasted five seasons and there was this one episode that was amazing—this was the guy who had a bit part but totally stole the scene.

Okay, maybe you and I have differing opinions on what “lifesaver” means. But in the old days, you’d have had to turn on your computer, wait for it to boot up, look up IMDb, and do all that. This is way faster. And saving your sanity is no small feat. 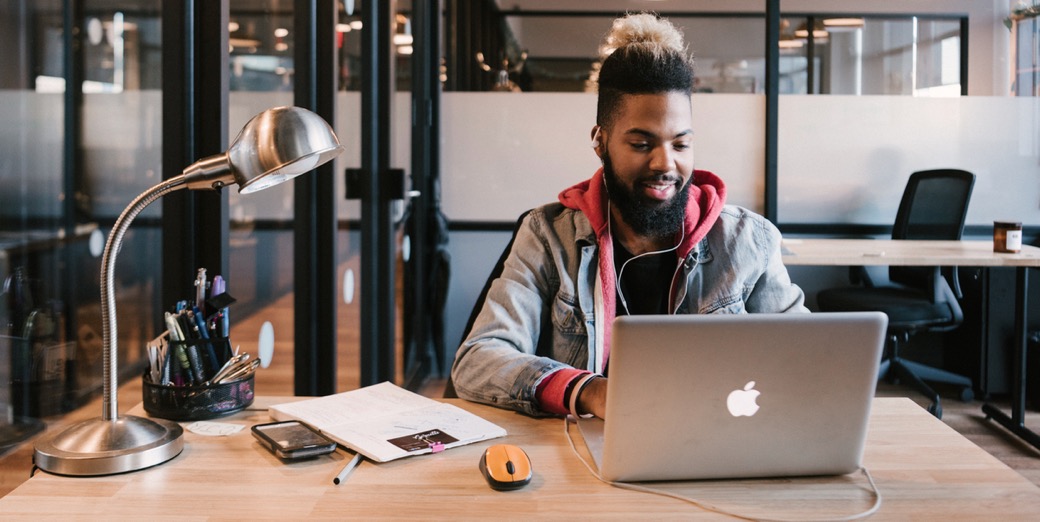 Six apps to get your emails read

Around 91 percent of adults in the U.S. say that they actually enjoy receiving emails from companies they already do business with. Email can add credibility to your business because it gives people the chance to get to know you and your brand better. While your audience is likely wary of automated marketing messages, there […] 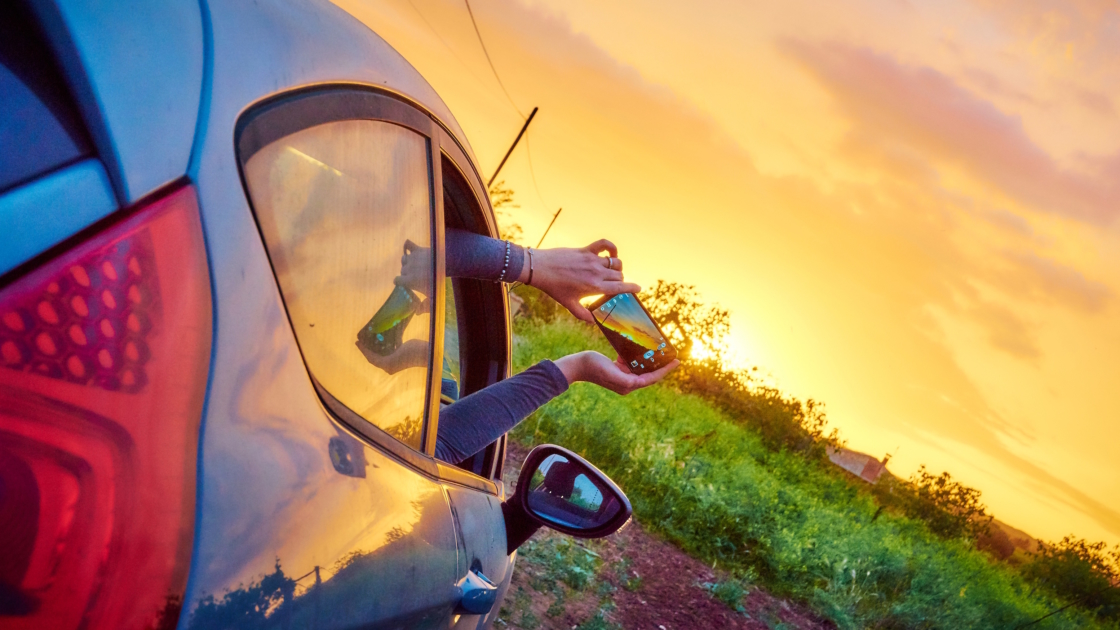 Most of us will travel alone at some point. Many will do it more often than not. It might be a client meeting in another city. A conference overseas. Or that bucket-list vacation that you’re taking even though none of your friends can get time off. Whatever your reason, if you’re hitting the road solo, […] 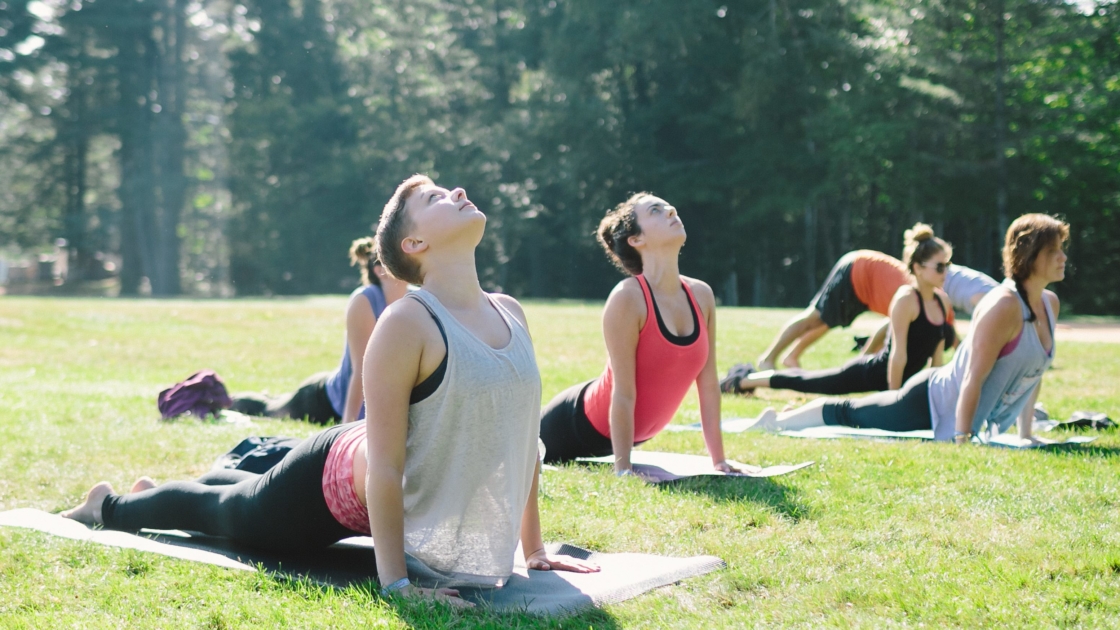 Have a lot on your mind? Five soothing meditation apps

Meditation feels unnatural at first. Sitting down, focusing on your breath, and allowing your mind to wander before gently pulling it back to the body seems weird. But practicing mindfulness meditation has a slew of benefits, from reducing anxiety to changing the brain’s structure, according to research from a neuroscientist at Harvard Medical School and […]